How to open the oysters?

Detailed video explanation to easily learn how to open them

If you love them but still can't find the answer to the question "How to open the oysters?", follow these simple steps to open them successfully, without risk!

HOW LONG BEFORE DO I HAVE TO OPEN THEM?

From opening the oyster to consumption, we recommend never allowing more than an hour to pass. Once opened, however, keep them in the refrigerator until just before consumption.

WHICH KNIFE SHOULD YOU USE?

It is not necessary to have special or expensive knives, but you need the right one. We have tested all the models on the market, choosing the most suitable one to open them without risk. There are mainly two types, short with a wide blade (like the Parmesan one) and long with a narrow blade. The first is to open them from the side, a difficult technique to learn widely used in France, we do not recommend trying this approach if you are a beginner, trust me. The second knife, the narrow blade one, is perfect for the opening that we will tell you about and you can buy it in the accessories section.

WHICH KNIFE SHOULD YOU NOT USE?

Choosing the wrong knife is the first step to risk getting hurt, do you know the result you get when you cut bread with the meat knife? With our experience we can assume that you have already tried to open them with the Parmigiano Reggiano knife, it is a not recommended object because the blade is too thick and the handle too small, follow our advice and from tomorrow opening the oysters will be very simple! 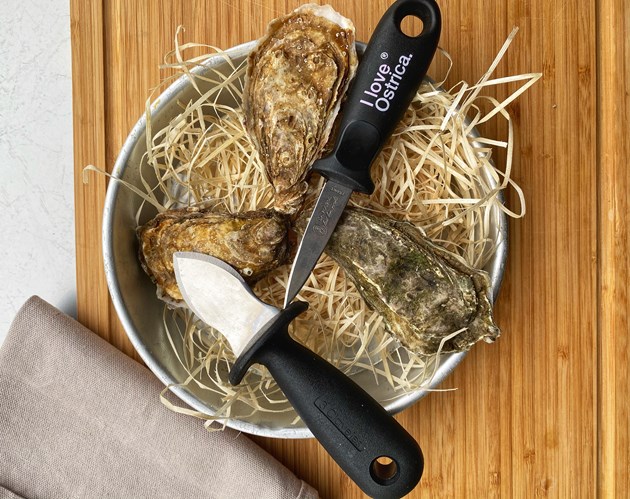 WITH WHICH OYSTER TO LEARN?

If you are using a "concave" oyster it will be easier to learn, with a flat oyster like the famous Bélon it will certainly be much more difficult. Practiced using the Fine de Claire, they are concave oysters perfect for learning the technique as they have less tenacious muscle. 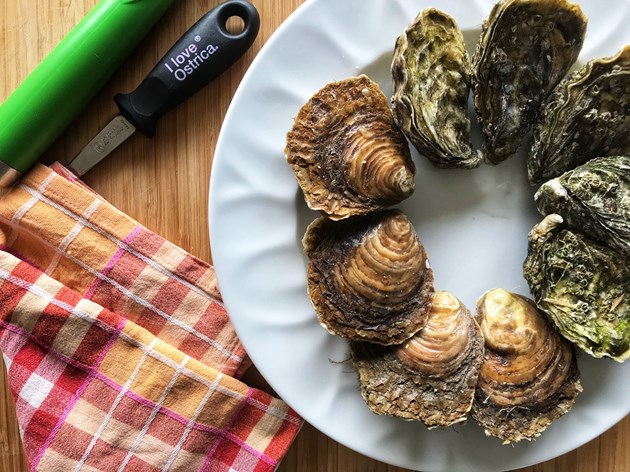 Distinguish the flat part of the shell from the concave part. On the flat part it identifies the hinge, that is the pointed part, opposite to the round one. 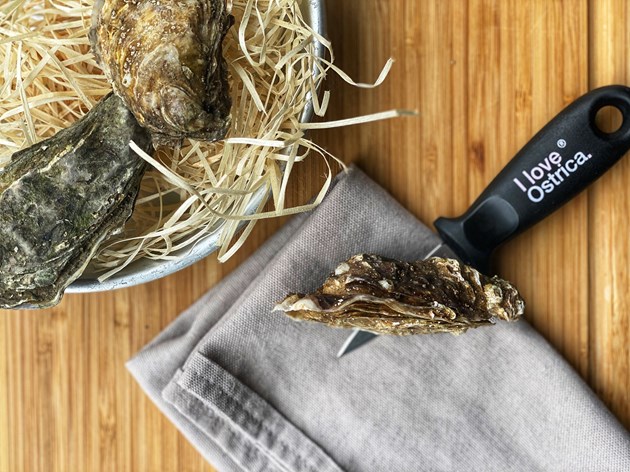 At this point, chipping away at this tip of the shell using the "flat" blade. The goal is to "bring to light" the hinge that is right below, this is where you will insert the knife.

Place the oyster on the cutting board by placing it on the concave side, use a rag to lay it on and another with which to bandage your left hand (if you are right). Place the palm of your left hand on the oyster, turning the pointed part of the oyster towards the hand with the knife. Insert the tip of the knife held in the right hand with an inclination of about 45 ° with respect to the cutting board, in the small hole identified near the hinge. It is important to hold the knife exclusively by the handle, not to hold the blade. 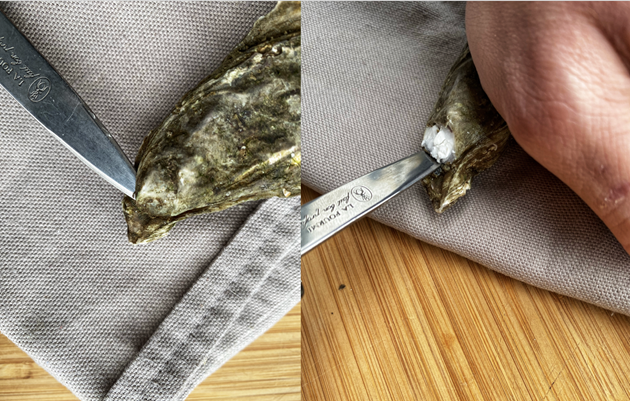 Now all you have to do is rotate the knife (clockwise or counter-clockwise as if you were accelerating in motion) so that, by levering, separate the two parts of the shell.

Now hold the oyster with your left hand, placing the concave part of the shell on the palm and turning the tip of the oyster towards the wrist. Starting from the position in which you inserted the knife to "break the shell" slide it on the right side until you cut the muscle that you will find at about three o'clock. Now remove the top shell. The water present in the oyster will be important to remove any debris. Finally, it is important to remove the part of the muscle still attached to the lower shell before serving. 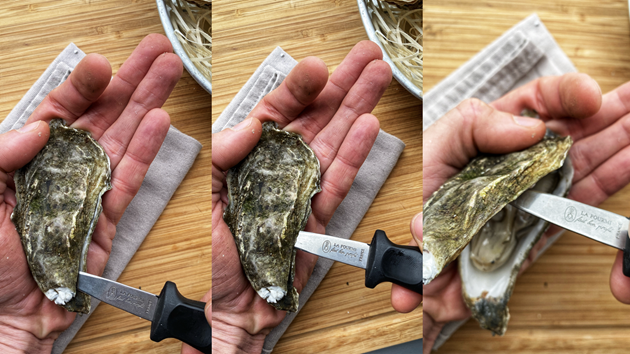 other TIPS to IMPROVe THE TECHNIQUE?

For a cleaner opening, try to leave as little residue as possible attached to the shell! It is said that at least 100 oysters are needed to be a master "oyster man"!